Interview with a Neurosurgeon

616
This interview was conducted with a prominent Neurosurgeon in the Northeast.  We agreed to conduct the interview anonymously because he fully disclosed how much money he was making. 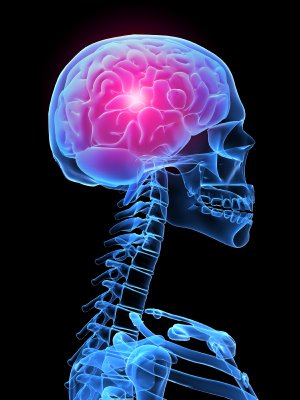 Neurosurgery is a specialty that involves the diagnosis and treatment of conditions affecting the brain, spinal cord, peripheral nerves, and their supporting and surrounding structures.

What does your work entail as a neurosurgeon?

Three days a week I operate on the brain, the spine, or peripheral nerves. Two days a week I’m in the office seeing patients. I also teach medical students and I give lectures to residents.

I became interested in medicine because I had a brain tumor when I was nine months old, so I was around a lot of doctors. I also watched the Donna Reed Show where Donna Reed’s husband was a pediatrician and I thought he had a nice life. And that’s the truth.

[The misconception is]That you have to be really smart to be a brain surgeon. I know a lot of people who are not smart, who are just hard workers and got through their residency. So, I think the joke, Well, hey, it’s not brain surgery isn’t necessarily accurate. I think it’s something that takes years to learn and it takes a lot of studying…But I don’t think that you have to be really smart.

I have four partners in my group who get along great. I can make my own schedule. I don’t have to work as hard if I don’t want to. One of my partners is much younger and has four younger kids, and he’s able to work less. We’re able to, in a sense, set our own schedules.

I dislike dealing with insurance companies who either deny payment for legitimate claims or delay payment for legitimate claims. In Pennsylvania they pay less for certain procedures than the same Blue Cross/Blue Shield company would pay for another city three hours away, like Cleveland or Columbus, which are comparable sized cities to Pittsburgh. The pay is between 50% and 100% higher in Columbus or Cleveland than it is in Pittsburgh. And that’s because Blue Cross/Blue Shield has the overwhelming majority of contracts in Pennsylvania, or at least in Western Pennsylvania, whereas in Ohio, there are lots of competing insurance companies.

How do you make money or how are you compensated?

How much does a neurosurgeon make?

It depends.  Neurosurgeon salary can be anywhere from $400,000 to over a million.  It’s really a function of how hard you work and how your practice is set up.

How much money do you make as a neurosurgeon?

What education or skills are needed to become a neurosurgeon?

Four years of medical school, a year of internship, and then neurosurgical residency is an additional six years. So, my training was seven years after medical school.

Personally, I think just having the patients come back and say, Thank you for helping me. I have a wall full of thank you notes. A lot of people thank me, but when somebody actually sends me a thank you card, I put it up on my wall. And after 20 years, my wall is pretty much full with thank you cards.

The entry into medical school is pretty much now the same as it was 20 years ago. You need about a 3.6 GPA and you need to have reasonably good medical MCATs, Medical College Admission Test scores. And then once you get into medical school, then you can decide on any medical or surgical specialty. And you rotate through the different specialties and you see what you like or which professor inspires you. But you have to want to work hard because residency is hard, but even when you go into practice, a normal work day is 10 to 12 hours a day, and there’s always some night and weekend call. I have four partners, so I’m on call every fifth night and every fifth weekend, which doesn’t mean I operate at all those times. It means I have to handle phone calls and emergencies. So, a lot of hard work and good grades in college and to get into medical school.

Well, we have requirements for continuing medical education. So, we have to go to approximately two meetings a year and those are usually in nice places. I’m going to San Diego in three weeks. I just came back from Washington D.C. in the spring. So, you get sort of a chance to go on a nice vacation to a nice place for a meeting. And then usually the amount of time you take off, other than the meetings, is about four weeks a year.

That you have to be really smart to be a brain surgeon. I know a lot of people who are not smart, who are just hard workers and got through their residency. So, I think the joke, “Well, hey, it’s not brain surgery” is an understatement. I think it’s something that takes a lot of years to learn and it takes a lot of studying, and you have to keep up with your field, you know, read two or three journals a month, take your courses, go to the meetings go to continuing medical education things. But I don’t really think that you have to be really smart. I mean, I know a lot really smart neurosurgeons but I also know a lot of neurosurgeons who are not real smart. I mean they’re not geniuses.

I’d like to, at some point, stop operating and just teach residents full-time. I’d like to be able to do more laboratory research, which is hard to do unless you’re doing it full-time. I did laboratory research for a year and a half during my residency and if you’re doing it full-time, you can do it. But to do research in a laboratory when you’re actually practicing neurosurgery is essentially impossible. So, I’d like to be able to teach residents full-time because I think that’s very satisfying and do some clinical research.