1
Read as endurance coach, author, and entrepreneur Joe Friel gets JobShadowed about his career in endurance training.   You can find Joe at one of his websites below or on his Twitter feed in the sidebar of this interview. 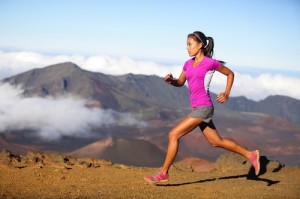 Up until 2012 I was primarily a freelance coach for endurance athletes (triathletes, cyclists, mountain bikers,  runners), but I also wrote books (working on #14 now), consulted with the sporting goods industry, spoke at seminars, and provided camps for athletes primarily in Europe. Last year I retired from coaching after 32 years.

Now I do only the other things listed above. I also am a co-founder and part owner of two businesses – TrainingPeaks.com and TrainingBible Coaching.  Both of these provide services to the endurance athlete market. My role in each of these is rather minor now. My partners run the businesses.  I am just an ornament in them these days.

Right now it involves working only when I want to. I do 2 seminars monthly in the winter months, put on 1 or 2 European camps annually, consult on topics I’m interested in, and write books when motivated to learn more (which is nearly all the time).

There is no typical work week. Other than training every morning (I still race) and golf every afternoon. When I was in the early stages of my coaching career I would start working at 6am and stop at 9pm with breaks for training.

I owned a running store in 1980 which became the first triathlon store in the world (I suspect) in 1984 after I bought the bike store next door and took down the wall between them.  Customers would come to the store make a purchase and also find out how to train for a race (they knew I had a masters degree in exercise science and raced). I soon discovered that I enjoyed coaching them more than retail.  So in 1987 I sold the  stores (I now also had a second) and starting coaching. But I had to find a day job until the coaching could pay the bills. That took 5 years. Then I was doing it full time.

Spending time with athletes of all abilities. They are some of the nicest people on the planet – healthy, goal-oriented, happy, and motivated.

The only downside of when I was coaching was that there was never a vacation from it.  The client needs support every day, 24/7/365.

How much do you make?

This is for all income streams listed above.

How much money did/do you make starting out?

When I first started coaching it was $10/week. It then went to $79/month in the late ’80s. My fee continued to rise steadily  after that..

I  have a masters in exercise science, but I’ve learned more (99.9%) of  what I know and apply since I graduated. I have been reading research studies daily since the late ’80s. Never let school get in the way of your education.

It the early years it was marketing my services. Freelance coaching was unheard of then. That remained the biggest challenge until the late ’90s. Then it became maintaining contact with my clients. That’s how TrainingPeaks.com came to be.

The success of my clients, especially those who are new to the sport and accomplishing things they at one time thought were impossible for them..

Get a coaching license from your sport’s federation and then continue to grow as a coach.  Keep your eyes and ears open to what other coaches and athletes are doing that’s successful.

Back when I was coaching full time there was never a day off.

That all coaches work for schools and that if you don’t then you aren’t successful and not making any money.

I intend to continue growing my companies. TrainingPeaks.com now has about 50 full-time employees and TTrainingBible Coaching has about 30 U.S. coaches and another office in the U.K. with 5 coaches. I  have also started a third business recently which I am exited about even though it is in the very stages.  It has great potential. I am also working on my 14th book.  This will take me a year or so to finish. I have several others in the back of my mind as well. So little time, so much fun.

Starting is hard work, but if you do a good job it can pay off with the rewards of money and freedom later in life.