Interview with a private investigator 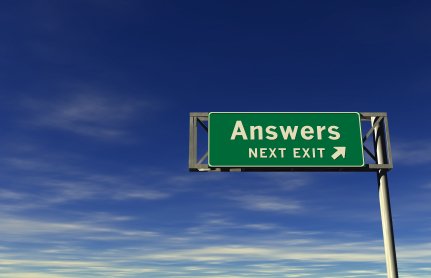 Our slogan or motto is, The right information for the right decision. Basically, we try to discover and present truth in any situation that we deal with.

People have a tendency to think that the only thing a private investigator does is domestics, you know, who’s running around with who.

That’s maybe 10% of what we do. We do witness locates, witness interviews, gather information and talk to people in criminal defense cases. The state always has a prosecuting attorney out there to represent the state or the city. The accused doesn’t have anybody, they go out and hire an attorney and an attorney often needs an investigator, that’s where we come in.

You can’t just take one person and follow another person. It’s impossible. I was listening to a program the other night kind of like 48 Hours”it has to do with law enforcement investigations and so forth…this was an experienced law enforcement agency that said in this particular case, it took 8 people to follow one person. To do it right to, do it well, and be effective that’s probably about right.

We do work criminal defense cases, we work child custody, we locate people either for attorneys or for companies. We’ve looked for adoptive parents. An individual knows that they were adopted and would like to know a little know more information, or meet their adoptive parent. We’ll try to locate those people. We serve legal process, we do background checks, we may do surveillance for businesses in order to determine actual customer traffic compared to what a given business may be reporting. One I can think of is a business that was involved in automotive repair and the franchise”the franchisee or the franchisor”believed that the reported numbers on Saturday were below what they should have been, so we conducted two days worth of surveillance using video just to count the number of cars that went in and out of the bay doors that were being worked on and provided that to them and they worked their numbers from there. We help with what we call due diligence, which is if someone is getting ready to enter into a business arrangement with a party. One may have questions about the other as far as their reputation, their history, things of that nature”have they ever been involved in any bad dealings in the past”so we help them with that. We’re getting more and more calls that have to do with My sister or someone I know has met somebody online and they’re wanting to know more about that person before the sister takes off with the guy. We also do trademark infringement and patent infringement cases. It’s pretty broad.

I know this probably sounds mundane, but I’ve always had an interest in law enforcement and always had an interest in knowing what’s going on. You can’t always accept and believe what you see and hear. Even as a kid I wanted to know what is going on there. What really happened? And so, I spent a period of time in law enforcement, but then I spent a number of years with Wal-Mart as Director of Loss Prevention and that runs a whole wide range of things that you have to deal with. So, my involvement comes from just wanting to know the truth and wanting to know what’s going on, and that’s true with me; that’s true of almost anything.

Helping people. People come because they don’t know or they need to know, and in the majority, not all, but in the majority of cases, you can help them discover what the truth is, and once they know what the truth is then they can take action or make decisions that they can somewhat predict the outcome because what they’re doing is based on facts.

The first thing I dislike is the perception that the general public has of private investigators. You know, I went to college, I’ve got seven kids, I was successful in business, I teach a Sunday school class and proud of it¦and there is a general perception, I think, that if you do this kind of work, you’re a little underhanded, a little seedy and that sort of thing, and that’s not the case at all. Also I dislike the inconsistencies as far as case load, and sometimes the hours. It’s either feast or famine. You work your butt off or you wish the phone would ring.

You only make money when you work, and it’s on a (need) or flat-fee basis per job or based on an hourly rate.

How much money do you make as a private investigator?

Our firm, last year, grossed just short of half a million dollars and the bottom line runs about 17 to 18 ½% of that.

What skills or requirements are needed to become a private investigator?

First would be some kind of successful investigative background. There are just certain things you’ve got to know about investigations in order to do it. You can’t just go, Gee, that sounds exciting, and head out. And some people think so because we get inquiries about if we’re hiring or what does it take, one of the things I ask is, Why do you want to do this and what’s your experience? The two responses I typically get are, It seems like it would be exciting, and I don’t have any experience. That person then is going to follow the stereotypical image and that doesn’t work. You’re a business person. So, number one, you have to have some experience. Number two, you’ve got to be patient. Number three, you’ve got to have a lot of resources, and by resources, I mean people that you know; people who work for companies where you can get information because that’s all we are is information brokers. And so, the more resources we have, the more effective we’re going to be.

Communicating with clients in the beginning that this may not turn out the way they want it to turn out. We even have a clause in our contract that says, We don’t make any promises or guarantees about the outcome. Because some people come to us absolutely convinced that they know what’s going on and they want us to prove what they think is going on. The second most difficult thing is the perception that people have based on television and movies about how easy it is to do this kind of work. It’s not, you know. You can’t just take one person and follow another person. It’s impossible. I was listening to a program the other night kind of like 48 Hours”it has to do with law enforcement investigations and so forth”and they commented on air. This was an experienced law enforcement agency that said in this particular case, it took 8 people to follow one person. To do it right to, do it well, and be effective that’s probably about right.

It goes back to the helping people. When you have a parent who’s concerned about the way their child is being cared for in, say, a divorce situation and you discovered that the child is at risk and the court sees that and makes the decision in favor that’s really a benefit to the child. That’s real rewarding. When you get good solid answers”and I guess that would be the broad answer to the question” good, solid answers and factual information to present to your client, that is real rewarding. For somebody who’d come and say, I need help, and you do your work and go back to them and say, Here it is. I just love that.

Get a lot of counsel from people who either are doing it or have done it. Ask a lot of questions, know how to run a business, and be patient.

You’re as busy as you want to be. You could get all the time off you want, but you’re probably not going to get paid while you are.

I’d like to grow a bigger business and earn a reputation of respect and professionalism.