Interview with a Bail Bondsman 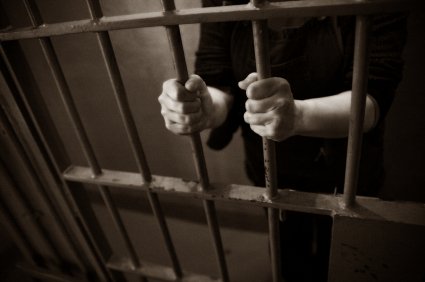 I’m a bondsman, bail bond agent, to be correct.

I bond people out and I put them back in jail.

We have rotating schedules where we have several agents in this office and we rotate on a 24-hour shift. I’m on every three days. I come in to skip trace(aka bounty hunting) in between. In this state, we can’t refer to it as bounty hunting. It’s called skip tracing.

I used to do this a long time ago and I actually did it part-time because I was going to school full-time with my master’s degree in nursing and decided I wanted a real job and went to nursing and worked for 11 years, hated it and then went back to bonding.

The rewards would be if you get some of these people that are messing up in their lives and all of a sudden you see them turn around. You’ve got to build a kind of a rapport with your clients, because if you’re a hard-ass to them, chances are they’re not going to want to go to court. They’re not going to step up for you as well. So when you reach out and help one person and it makes a difference in their life, then it’s kind of rewarding.

People lying straight to my face. The repeat offenders, we call frequent flyers, that you just keep going out on a limb for and they keep letting you down. There’s also the fear of forfeitures. You have to go in front of a judge because our client didn’t go to court and we’ve got to pay the bond. So we beg for mercy from the judge to get an extension to locate this individual.

How much money do you make as a bail bondsmen?

What education or skills are needed to be a bondsmen?

You have to take a beginners education class. It’s an eight-hour class and then you go and take the test, 100-question test and you have to have a 70 in order to pass it. It’s a very confusing test.

You try not to get personal with the clients, but sometimes it helps. You know, if they need a hand to get to court, if they need a ride, they know they can call our office. And most offices are sort of like that. And I think it needs to be like that. But, by all means, we’re not Momma either, they dug the hole, they can get their self right on out of it.

They say the test in this state is one of the hardest in the nation. You’ve got a lot of homers that come in here wanting to be Billy-bad-ass for the day and carry a concealed handgun so you have to weed them out. You can’t just say ‘hey’, I want to be a bondsman, and go take the class and test and be a bondsman. You have to have somebody actually sponsor your license. You’ve got to get hired onto a company before you can actually enter into the bail bonding world. You don’t necessarily have to have been with this company for a period of time. You just got to be hired through the company. You have a FBI background check done too. And it’s very thorough¦I mean, they flip over rocks. They’ll call your references, they don’t screw around. It took four months for mine. The longer it takes, the better off you are. Because they’re actually trying to find something wrong. You can’t have any felonies on your record and a few misdemeanors such as theft and domestic battery.

Skip tracing. Trying to locate the hard ones that are hiding under a rock. From the time they miss court, we have 120 days on a misdemeanor and 90 days on a felony to find them.

Putting the deadbeats back in jail. I mean, if they don’t want to go to court and they don’t want to step up and take care of their crap, the best thing for them is be right back where they need to be. Or at the other end, you’ve got a client that’s been a drug user and you’ll see them six months down the road, they’re clean, they went through rehab, that could be rewarding as well. But…today it would be putting them back in jail, tomorrow it could be different.

There’s more to it than everybody thinks. We’re not Dog the Bounty Hunter. We’re far from it. It’s not just getting them out of jail and forgetting about them. It’s also about being their friend, not just their bondsman. You try not to get personal with the clients, but sometimes it helps.

You’ve got a lot of homers that come in here wanting to be Billy-bad-ass for the day and carry a concealed handgun so you have to weed them out.

You know, if they need a hand to get to court, if they need a ride, they know they can call our office. And most offices are sort of like that. And I think it needs to be like that. But, by all means, we’re not Momma either, they dug the hole, they can get their self right on out of it.

We are not Dog. We don’t just go and bust down doors on an everyday basis and we’re not all just hard-asses and mean and hard to deal with.

My own TV show(laughs).  I don’t really want to be the owner and I like what I’m doing.  This is about as good as it gets.

It’s all based on trust. We go out on the limb to bond you out and we get a feeling that you’re not going to, we’re not going to write it. There’s two people in the world that you really don’t want to piss off when it comes to you sitting in jail. One is the judge and the other is a bondsman. The judge will rake your bond up and if you piss off a bondsman and —- you’re what we call a ‘screwed pooch’.