Interview with a Dentist 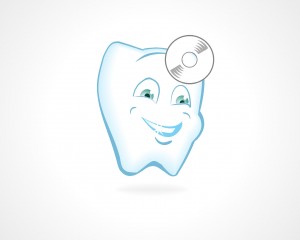 I do anything that pertains to surgery, cleaning, hygiene, or fillings in someone’s mouth.

Typical for me and I would say for most dentists is Monday – Thursday, 8 a.m. until 5:30 or 6. I usually end up working through lunch too, because that’s my personal preference; if I’m going to be there, I want to be there working.  90 percent of my work is with patients, either doing an exam or a procedure, with the rest of the time working on office stuff.

Dentistry is in my family, and that is how I got introduced to it. I went to school and started taking my science courses and I really liked them, and also I liked the interaction with people and helping them in some sort of capacity; I liked it that dentistry really allowed me to do that.  And it is a trade also.  I wanted a job that required a license because I feel like when you’re licensed to do something, you will always have a job.

I would say first and foremost, being able to talk to people or getting to be around and help people.  I also like working with my hands. And I’m not an artist, by any means, but you have to have a good eye and be good with your hands.   You have to know what looks natural and what doesn’t, which is really funny because a lot of patients don’t want what looks natural; they want what looks fake, which we hate:).

You have to have good patient interaction because at the end of the day no one knows how good of a dentist you are but they do know how your bedside manner is and how you treat them.

I really don’t think there’s anything I don’t like about dentistry. I really don’t. I like it that much. But sometimes I feel like I have to be strict and I feel like I’m giving lectures to patients[when they guidance about tooth care or are doing bad things to their teeth].  I don’t like conflict so that’s kind of hard for me. But, at that same time, when it must be said, it has to be said.

How much money do you make as a general dentist?

How much money do you make starting out?

The average salary, I think, is about $170,000, but that is looking at someone who has not been working for 10 years.  People that have established practices make much more.  On the other hand teachers and professors in dentistry don’t make that much. People in public health don’t make that much. My first year I made $200,000 after taxes.

What education or skills are needed to become a Dentist?

As for skills, I would say you have to be good with people, especially as a general  dentist; as a specialist I don’t think you have to be as good;  but you have to have good patient interaction because at the end of the day no one knows how good of a dentist you are but they do know how your bedside manner is and how you treat them.  The better you are at that, that better you are as a dentist. You may have the best hand skills in the world, but patients won’t appreciate that, because they don’t always know.

Working in a very tiny, dark space.  And,  there’s fluids where you have to keep things dry. Sometimes it can be really challenging, especially when a patient can’t open their mouth.

Also, people are very, very, very scared of the dentist and I probably hear that 10 times a day: “it’s not you, I really like you but I just hate the dentist and I’m so scared and I had this one bad experience.” Seriously, every other patient, I get a story like that. It doesn’t bother me, but I’ve talked to some older dentists, and they sometimes get a chip on their shoulder.

I guess, if I’m being completely honest I would say helping people and being financially successful. You’re very well reimbursed for what we do. Also, having the freedom of not being on call. Unlike some other medical specialties, you aren’t in the position where you have someone’s life in your hands. The biggest thing you can do is ruin someone’s tooth, but even then you always have options. Although it can be stressful at times and you do have to know what you’re doing at the end of the day but it’s not like you’re in the middle of somebody’s guts and they’re not going to wake up.

To do well in school and to do a bunch of shadowing to see if it’s something they really want to do; it’s hard to know until you really get into it, because you don’t start drilling and doing all of that until you really start working with patients. You have no way of really knowing if you’re going to get along with it. The other advice is to have a good GPA, of at least 3.6 on science courses.  Your science GPA is what is important.

Are there any perks associated with your job:

You are your own boss, and you make a decent living. I feel like it’s still a respected field. You can choose your own hours, you can work as hard or as little as you want. You are always learning. For the rest of my life I will continue learning about something I like, which I think is good.

I love it, I love dentistry. It’s the best thing in the whole world. My friends and I talk about it all the time. We feel that we’re so lucky.

I take every Friday off, which comes to about six weeks a year.

I can also take vacations. Right now I don’t take off very much because I take off Fridays and that’s enough for me. But, later, I’ll probably take two weeks at a time.

A lot of people who have never had a toothache think all we do is exams and cleanings. If they have never had a filling, root canal, or an extraction they probably don’t realize how much we do. And others think we’re scary, which is a common misconception about dentists.  I probably hear that ten times a day “it’s not you, I really like you but I just hate the dentist and I’m so scared and I had this one bad experience”.

To be the very best that I can be. Seriously, I want to be the best dentist. I want to know everything; I want to be very well educated. I already own the practice but I still want to go back to school and want to specialize and get the continued education.

I really do think it’s the best job in the world. When I was in college, there were six of us that were best friends; three of us were biology majors and one of them wanted to go to medical school and one of them wanted to do research and I convinced both of them to go to dental school; today, they think it’s the best decision they ever made. You don’t have to be on call, and when you have a family you can still work as much or as little as you want, and you are going to be well-reimbursed for your work.