Interview with a Forensic Pathologist 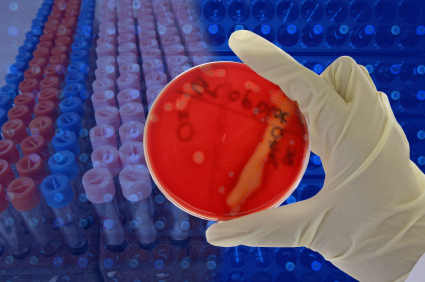 A pathologist is somebody who is interested in laboratory tests and tissues, which are removed from the human, or examined after death on humans. And from this he decides what particular affliction the individual has, or what he has died from.

Well, in forensic pathology, it was largely deciding what was the cause of death and the mode of death, which meant that it was a homicide, a suicide, a so-called natural death meaning that it was not homicide or suicide or it was undetermined. Sometimes, all you get is a piece of bone which is left and none of the body involved, so you may have a detailed explanation, or you may have a very simple and limited explanation. That is forensic pathology. Hospital pathology is divided into anatomic pathology and clinical pathology. Anatomic pathology is largely an examination of tissue which has been removed from an individual, and a decision of what is wrong with the tissue which has been removed. The forensic pathology is a study of the bodys fluids, abnormalities, and a decision of in what way they are abnormal or normal. Okay.

No, it only sounds like a nine-to-five job. It usually starts out about 7:00 in the morning and ends up about 6:00 at night, with periodic weekends and periodic nights.

How did you get started as a forensic pathologist?

Oh, one always finds some unpleasant things like washing feces out of colons but on the other hand, I was very well-satisfied. But I would have been satisfied in any medical specialty. Anything you do well becomes a delight to do.

Largely, a pathologist works with a hospital, and the hospital pays them for running the laboratory. In some circumstances, they may be giving specific charges for tissue examinations, and in other cases, the tissue examination may be part of the hospital examination. In forensic pathology, you may work for a state institution or a city institution. On the other hand, you may make part of your income as a result of being an expert witness. In other words, giving your professional opinion as to why something occurred, and you may appear for either the defense or the prosecution. And the important thing is to remember that you are there as an impartial witness, and you may produce some incidents which favor the prosecution, and some which favor the defense.

How much money do you make as a forensic pathologist?

So much has changed. When I first went to school back in 1947, ten thousand a year sounded like a lot of money. At present, I think somewhere around $150,000 a year.

Usually, it involves four years of college, four years of medical school, and four to six years of specialty training.
No, no specific skills there. It requires a great deal of knowledge, and it requires an ability to bring that knowledge to the fore quickly when that is necessary. It can be largely performance, or on the other hand, it can be research or a combination of the two. In other words, if you find an unusual case or you are trying to answer some specific question, you may be able to do so by researching the question.

The entire field. I thought I’d give you a short answer for a change.

Be willing to spend a great deal of time.

I take off about two weeks. In reality, one might find that during the two weeks he was off, things had accumulated and you might have, again, an opportunity to work extra during the return.

The description in the movies and on television of the forensic pathologist as trying to catch somebody is wrong. In other words, you may find any type of information which may be helpful, incidentally, to either the defense or the prosecution. In other words, I had one individual who was appearing because he had shot another individual, and he said, well, the fellow came over the day before or the day of the homicide and he beat him up, and yet there was no mark on him. Yet, when I was performing the autopsy, I opened the skin on the back of his hands, and found out that indeed, he had been beating – there was hemorrhage – the other individual with the back of his hands. In other words, he had backhanded him. So this was a bit of information the defense could utilize in defending the individual from the accusation of homicide. In other words, it became a justifiable homicide, because since he had been beaten before, it has become as a means of self-defense.

No, its a very interesting career, and its interesting because there is variety to it. It is a difficult career, because one has to keep track of the newest developments, but that is true to some extent in just about any field of medicine.