Interview with a Historian

20
This in-depth interview was conducted by one of our contest contestants Jordan Grummer.


What do you do for a living?

I’m a history professor and writer.  I teach U.S. foreign policy and political history at a major university. 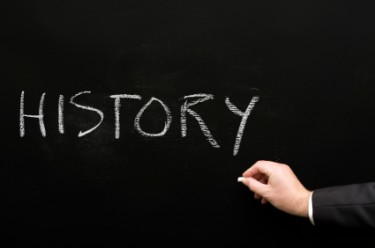 Can you describe what you do on a day to day basis?

I teach 3000 and 4000 level courses on American foreign relations and one specifically on Vietnam.  I also teach a course on America since 1945. I teach two courses a semester.  When I first started I wrote notes.  I had to read and make up lectures for those, you update and change them.  I have to get ready for class before every class.  Because I try to lecture without notes as much as I can, I try to be prepared, it’s the least I can do is be organized and be prepared.  What I’m trying to do is to get most of my regular students to just be literate about history.  To know what WWII was and the basics.  I also train masters students who usually teach public school and then Ph. D.’s who teach at the college level.

So would you say your work also entails research and writing, and you do that on a day-to-day basis?

What do you do with Master’s and Ph. D. students?

You teach them the literature more than just the narrative.  You teach them about the various ways that WWII has been written about—the various interpretations. And then you also teach them how to do historical research and how to write.  But then I spend probably half my time writing books and articles.  The idea at the university level is that you come here rather than going to junior college because you’re taught by people who are creating new knowledge.  You’re not just taught by people who are reading the literature and telling you about it.  You’re actually being taught by somebody who is making new knowledge in the field.  So research and teaching for me and writing are all bound up together because I initially wrote for more specialized audiences, but lately I try to write for a more general audience.  The stuff I write is researched and footnoted.  It’s reviewed in academic journals, but also its sold in Barnes and Noble—any educated lay person ought to be able to read it.  I think that’s the way you ought to be able to communicate to your students.  They don’t come in with any specialized knowledge.  But I have a routine.  I’ve been going to school since I was six. The fall semester.  The spring semester.  I used to teach in the summer time but I don’t do that anymore.

How did you get started in history?

Well, it was by accident.  My wife’s always threatening to sue me for marrying under false pretenses because I was pre-med until I was senior, and we got married before our senior year in college.  I had been admitted to medical school.  But I remember going to the University of Michigan. My brother-in-law was doing his residency there.  He was a neurologist and all of his patients were dying of brain cancer, and he was just under tremendous stress.  So I thought, “I don’t know if I want to do this.  I don’t know if I really want to be a doctor or not.”  I always liked history and literature and that sort of thing, and so I began to talk to a guy named Robert Divine who’s a historian at Texas, a big name.  So he encouraged me and that sounded like a neat thing to do.  I knew I wasn’t going to make near as much money as in medicine, but also I thought I’d have a more fun life.

Well, I’m my own boss.  I have to do my job and everything, but not like an office setting where you have to punch a clock.  It offers a lot of flexibility.  It was great for raising a family because my wife worked.  I could pick up the kids from school and work at the house, or I could work at night.  So it’s a great profession for a couple in with both of them are working, and I really liked that.  Now I teach the same classes over and over but my research is always different.  So I get to explore something different.  And I like writing. I like the creative process as a journalist.

What do you dislike about being a history professor/historian?

You don’t really start making any kind of money until later in your career.  Everything’s back end loaded in this profession.  It’s tough because it takes 8 years to get though college—minimum 8 years, usually ten years for your undergraduate and graduate degree and you’re not making any money then. Budgets are always tight.  It’s tough economically and financially.  It’s really really tough that way.  It tends to be somewhat isolating.  I’m a pretty gregarious person.  Writing I spend a lot of time by myself when you do research or write. I don’t like that.  But it’s a sacrifice you make.

How do you get compensated?

You’re evaluated on three categories.  Teaching and teaching evaluations by students and then by your peers.

How long did it take to get to distinguished professor?

25 years.  Most people don’t make it.  If there’s money for raises, the faculty get raises according to their merit.  When you’re promoted from rank you get a larger raise when you go from one rank to the other.  So there’s incentive to do that.

Is it pretty cut throat?

Yeah, although you either have a good record or you don’t.  Sometimes it’s based on reputation.  You’re reputation’s based on what’s on the paper.  So it’s pretty hard to fake it.

How much money do you make starting out as a historian?

I think starting salary for assistant professor in history is about $48,000 for nine months.  If there’s an opportunity to teach summer school then you get paid separate for that—not very much but probably ten percent of your salary.  The raises the last ten years have not kept up with the cost of living.  They’ve been two percent or less.

How much do you make as a historian?

$180,000/yr (This particular interviewee declined to answer this question. However they directed us where to find it because it is public knowledge since this is a university job.)

What kind of education and skills do you need to be successful as a historian?

Well, you need to go to a good graduate school.   You have to take seminars and take classes and eventually get your Phd.   I took it in US history and European history.  Then I had two thematic fields in African American history and diplomatic history.  But you take a wide variety of courses in American history, I did European history because I was going to do the Cold War.  And then you have to have two languages.  In some places you can replace statistics for one of the languages.  They teach you methodology, how to think about history, what are the various schools of thought, and then how to do research.   And if you want to write about a topic where do you get the information to write about that?  You look at presidential papers, memoirs, documents diaries, newspaper articles and other books.  You pick a topic and you research it.  It’s practice for writing your dissertation.  Then you pass your comprehensive exams which is testing over these broad fields, and then you write your dissertation which is a book length study of some particular topic.

How much reading is involved?

Thousands of books.  But you learn how to read them.  Academic books are not like a novel.  They have a thesis, and they’re trying to prove a point.  Now, they have a narrative which tells the story that you’re writing about.  Like if you’re writing about the….Battle of Gettysburg.  You’ll tell the story of Gettysburg in general terms, but if you’re thesis is the Union prevailed, you may argue, because the Confederate positioning was bad—the strategic planning was bad.  Or maybe it was logistics.  Maybe the armies weren’t being supplied properly.  So then you try to prove that point.  If you’re a Ph. D. student, you’ll know what the narrative of Gettysburg is. What you want out of that book is the point you’re trying make is.  And then did they prove that point.  You can usually read the introduction, the conclusion and maybe the first part of each chapter.  You can boil it down.  All books are reviewed by other scholars in journals, and so you can go and look at the reviews. To try to boil it down. It’s a skill.

What’s the most challenging part of the job?

When you’re writing the books do you do a lot of interviews?

I do some interviews, but a lot of people are dead.  Most of it’s archival research; Presidential libraries, the National Archives, the Library of Congress.  Most of it comes from letters, diaries, and reports.  If you’re doing foreign affairs cables between the state department and the embassy overseas then you’ll look at memorandom between the President and Secretary of State.  Those kinds of things.

How did you learn to be patient?

Fear.  If you’re not gonna get tenure what are you going to do?  You’re screwed.  You’ve wasted ten years of your life.  You got a family.  You better sit.  You better have some patience.  If you just hated it I couldn’t do it.  But you get lost in it.  It’s basically like detective work.  So you get to explore.  It’s interesting.  The more skilled you get at it, the more interesting it is.  The more efficient it is.  The less boring it is.  You set goals for yourself.  If I don’t get anything done I still can’t get up.  I’ve got to stay here until it’s don. Discipline.  That’s the key.

Whats the most rewarding aspect of it to you?

Two things.  Getting your books published and getting them well reviewed.  And then seeing students later on after they’ve graduated and gone out in the world and they come up and say I really liked this course.  They might say “I’m not necessarily using it in what I do, but I feel like it was a significant part of my education.”  And that’s rewarding.

What advice would you give to a student who’s an aspiring historian?

The job market’s flooded.  It’s been flooded since I entered the job market forty years ago.  We don’t regulate…unlike doctors or lawyers we don’t regulate the supply.  So there’s far more people looking for academic jobs than there are positions to fill.  So it’s very competitive.

I mean you can take as much as you need as long as you get your work done.  You set sort of goals for yourself.   I don’t know, it’s hard to say.  I’m older now so I don’t work as hard as I used to.   If I want to go play golf, I’ll go play golf.  If it’s a pretty day, I can go play golf on Wednesday afternoon and work on Saturday afternoon.  You see what I’m saying.   I probably take two vacations a year. There’s the school year where you teach and you come up here.  There’s 16 weeks in each semester.  But writing and teaching and research are all of one piece.  So I come up here pretty much 8 to 5.  You’ve got to, that’s the key.  And it’s hard because it takes so long to see the end product.  I had a colleague who said it’s like plowing a field.  It’s back and forth, back and forth and back and forth. It gets very tedious but then it begins to sort of come together for you.