Interview with a Target Pharmacist

I am a pharmacist for Target.

On a daily basis I fill prescriptions and deliver medications to patients. I ensure the accuracy of all the prescriptions. 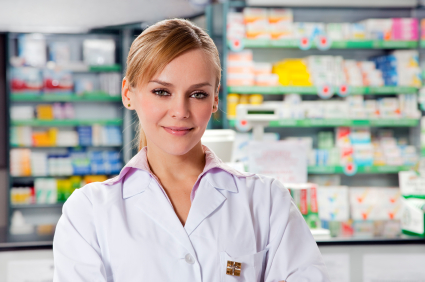 I manage the inventory of the pharmacy, ensuring that we have enough inventory to provide prescriptions to our customers when they require them but also keeping the inventory low enough that we’re not going to have a high carrying cost as to incur extra interest for my company. I also manage the human resources for the pharmacy including hiring and firing, coaching, training, and teaching all of the employees and team members for the pharmacy.

What does a typical work week look like for you?

I work, on average 42 hours a week. That consists of one longer week and one shorter week. I work every other weekend and the weekend that I’m off I am off for a three day weekend so that includes Friday, Saturday, and Sunday.

How did you become a pharmacist or get started in this career?

I started in pharmacy because I knew a guy, who was very good friends with my grandfather, who owned his own pharmacy and I worked for him for a while. I really enjoyed the aspect of pharmacy where you interact with a lot of different people every day. You make some really genuine relationships with your patients and you have the ability to really get to know them and spend a lot of time and also make an impact on their healthcare.  Also the pay is pretty decent too. And as far as Target specifically goes, when I was in pharmacy school I did a month long rotation in my fourth year of pharmacy school at a Target pharmacy and I really liked the atmosphere and culture of the company. So I interviewed with them at the job fair provided by my pharmacy school and got the job.

I really like interacting with my patients and getting a chance to get to know them. I enjoy talking with them and seeing them come back in over time. I see them when, for example, they start a family and their kids come in. I get to meet them and really establish a relationship. I kinda get to just sit back and talk to people all day long and that’s one thing I like about what I like to do.

As a retail pharmacist you have to be there whenever somebody wants our services which includes having to work weekends and sometimes having to work later into the evening. So the long hours can be a little tough at times but that’s really the only thing.

How do you make money, or how are you compensated on this job.

I’m paid salary. I also get bonuses based on the measurable that’s determined by the company which includes, but not limited to, sales and inventory.

How much money do you make as a Target Pharmacist?

And then after you complete that program you have to be licensed in the state that you want to work in, which will require taking a test and passing a law exam.

What is most rewarding about this job?

I would say being able to make a noticeable impact on people’s healthcare.

What is most challenging about this job?

The most challenging thing about being a pharmacist is really just managing people who are not always in the best of moods. A lot of times we will see people when they are at their worst. They’re feeling bad, they’re sick, they’re impatient, and you just have to make sure that you’re always making them happy while doing what’s right for them.

How much time off do you get or take each year?

Well with my schedule being not a normal schedule and working nights a weekends it makes it kinda nice. I get two weeks of vacation and four personal days a year. However with the kinda odd schedule where it’s not five sequential days of work you can take just a couple of a days off and be off for a whole week. So I probably wind up getting three to four weeks off a year.

That’s easy. Everyone just assumes that the only thing you do in pharmacy is just count pills which is probably the least that I do. We have technicians who count the pills. I spend a lot more time dealing with problems such as incorrect prescriptions, unclear prescriptions*, dealing with insurance problems, etc. I also spend a lot of time really talking with people and making sure they understand their medications. So the common misconception is that we count pills but that’s the least common thing that I do.

*If a physician writes a prescription and they did not communicate all of the information as far as what we need to fill a prescription or they wrote a prescription for something that maybe the patient doesn’t really need.

What are your goals and dreams for the future in this career?

As a pharmacist, my goals were to establish a good practice where people trusted me and wanted to come back to me and make me their personal pharmacist, and I’ve achieved these goals. So now my new job or my new goals are to move up into a more managerial position like pharmacy district manager.

I would like them to know that pharmacy can be a very rewarding career, both financially and personally. However, it is not a glamorous career and you don’t get a lot of accolades as far as recognition and you’re not going to really be in the lime light. No one’s going to say “ooh you’re a pharmacist”, but it’s a really great job if you are personally motivated.

Also, Target, as a company, is extremely good at developing their personnel. I’ve learned a lot about leadership and communication, and conducting myself in a business atmosphere when I had no prior business training. So I really value and appreciate the company for that.