Interview with a Test Pilot

6
What do you do for a living?

I fly and do a functional test on the aircraft to make sure that everything works. 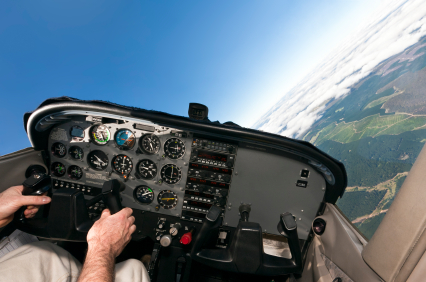 Taking a brand new aircraft, checking everything on it, and flying it for the first time.

I usually fly anywhere from once to ten times a day.

How did you get started in that career?

I always wanted to be a pilot, so I went to college and got a degree in Aeronautical Science and flew as much as possible. And the attraction to be a test pilot was that I got to be home every night.

I like the fact that it’s usually not the same thing every day. I like that it requires a high level of attention to look for problems and to see if you can find them before they become real problems.

What do you dislike about what you do?

Working for a large company. There’s too much bureaucracy.

How do you make money or how are you compensated in this job?

How much money do you make as a Test Pilot?

How much money did you make starting out in this job?

You need a four year degree and you need an airline transport pilot license.  Also it’s really helpful if you have an A&P(Airframe and Powerplant) mechanics license.

What is most rewarding about this job?

Finding issues and getting them stopped before they become a big issue and making sure that you deliver a safe airplane to your customer.

What is most challenging?

I would say look for a good company and be patient. It could take a long time to find a good job and a long time to progress when you get one. Also, it’s such a niche market that first you need to be a well-rounded and experienced pilot. And then you’ve got to start seeking out test pilot jobs. An engineering and maintenance background is extremely useful as well. So if somebody wanted to do it, I would say more so than if someone wanted to do an airline pilot, they’d need to focus on the engineering and maintenance side along with the piloting side.

How much time off do you get or take with this type of job?

That it’s extremely dangerous and we’re crashing airplanes every day.

It’s not impossible to do. And that it is available out there. I didn’t really know about the job until I basically had the job. Had I known that this type of job existed I might have pursued it earlier.