6
What do you do for a living?

I am a football coach and Co-Defensive Coordinator and linebackers coach at Mississippi State.

I’m a coach and a mentor to my players. I try to instill values, work ethic, motivation and those kinds of things to eighteen to twenty year old kids.  I game plan and do schemes for upcoming opponents during the week.  I try to put out the best product that we can on Saturdays and hopefully win championships. 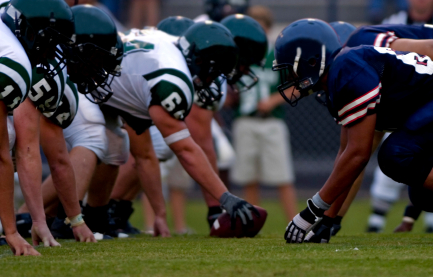 The biggest part of it is recruiting. And the recruiting aspect is a 365 day a year process. There’s also the coaching and practice preparation, and those kinds of things change throughout the year. Starting in August we have a preseason camp that will last about a month and then the season starts. We’ll be constantly game planning during the season. Game days are on Saturdays or Thursdays, whatever the case may be. And then come December and January, we’re out on the road recruiting and visiting schools and homes every day for two months.

Then February and March is off-season conditioning, getting the players ready to start spring ball and getting them in shape. Then the end of March, beginning of April is spring training where we practice amongst ourselves for about a month. Then during May, we’re out on the road recruiting again evaluating juniors and seeing high school coaches. And then the early part of June will be high school camps where we’ll have kids on our campus working out.  Then halfway through June and most of July is vacation.  Come August we crank it back up again and do the same schedule.

Sunday we’ll come in if we played a game the night before and watch the previous nights or afternoon game. We’ll grade it, evaluate it, take notes on it and that same day we will start game planning on our next week’s opponent and actually have a short practice with the team. We go over corrections and start implementing the game plan for the next week’s opponent.

Then Monday we’ll get in at six in the morning and go till about eleven or twelve at night game planning for the next Saturday. Then Tuesday we’ll game plan all day, practice in the afternoon and come back in that evening and have more meetings, and watch practice on video tape. Wednesday is a little more of the same thing as Tuesday except on Wednesday nights we make recruiting calls. So when the second practice is over, we’re on the phone with recruits and coaches.

Thursday we do meetings, game planning, and finish up the weeks schedule and have practice again. And Thursday nights is usually date night with our wives, so it’ll be the first night of the week we’ll get to see our wives. Fridays are a little bit more low key but we’ll do our picture and reminders for the week for the players and we’ll have tests that we’ll have ready to give to our players that Friday night. Then we’ll have a short practice, and meetings at the hotel. And if we’re traveling, we’ll travel to wherever the game site is of whoever we’re playing. And Saturday’s is just getting ready for the game with the walk through and the pregame and then hopefully have a victory that night.  We have twelve weeks of that.

I played college football, and when I was done playing my college coach told me that he thought I would make a great coach. I hadn’t really thought about it that much before but I said I’d look into it. So I did student teaching at a high school and while I did that, I actually coached the high school team and just fell in love with the environment and coaching.

After that first year of coaching high school ball I got a graduate assistant job at a wonderful school up in New York City. I did that for a year, and went to graduate school. I got to coach, got my feet wet, and did a lot of grunt work. And then the next two years I was a defensive coordinator for a small Division III school up in Pennsylvania called Albright College. I then went back and did another graduate assistant job at Georgia Tech, just to get a taste of Division I, and see what division one coaching was all about. I did that for two years. After two years doing the graduate assistant job I got promoted to full time, so I was a full time division one coach. I think I was at the time twenty nine years old. I started moving up and going different places from there.

I just love being around the players, it helps you stay young. I also love college football and football in general. I get paid to watch tape, coach, and be involved in a college football environment every day. The impact you can have on young people’s lives and seeing them develop from an eighteen year old to a twenty two year old young man and have a big impact in their lives is extremely gratifying as well.

Maybe at times the hours and the stress that the job comes with would be the only negative. But, you know, it comes with the territory. Actually, with all that being said, there is some excitement along with the stress too, it gets your adrenaline pumping so even though it could be viewed as a negative, it’s still part of what makes the job so fun.

How do you make money, or how are you compensated in this career?

Salary. I’m a salaried employee and then we’ll get bonuses for going to bowl games or good GPA’s etc. We also get paid for working camps during the summer. And then most places have either a car deal where you get a dealers car or they’ll give you a stipend to rent or lease a car.

How much money do you make as a Co-Defensive Coordinator?

How much did you start out making in this career?

We start off as a graduate assistant, we basically get tuition and books, some meals, and maybe eight hundred dollars a month to live off of. And then my first defensive coordinator job I made twenty four thousand dollars a year. I did that for two years. I was making about $60,000 at a Division II job and then I started getting more and more compensated as I started moving on up the ranks.

What would you say is most challenging about what you do?

The recruiting part is probably the most challenging, because you’re going against the same scholarship that every school is able to give. And you’re competing to get to know the recruits and learn what makes them tick and what they’re looking for in a school or in an athletic program.

What would you say is most rewarding about this?

Probably when a young man calls you five, ten, or fifteen years after you’ve coached them and tells you how things that you’ve taught them or lessons that they’ve learned from being around you are actually helping them in their current profession or even with their kids. Those kind of things are probably the most rewarding, knowing that you’ve had an impact on somebody’s life.

How much time to you get off?

After signing day, which is the first Wednesday in February, most coaching staffs get somewhere between three and five days off. Most coaching staffs get spring break off when the university takes spring break. Then during the summer it varies but the vacations range anywhere from three weeks to five weeks vacation during the summer. But the number of Saturdays and the number of Sundays that are spent invested in this profession far compensate any time off.

What would you say is a common misconception people have about what you do?

Probably the biggest thing that most people think is that we only work from August until November. Many people can’t understand that there are actually things to do outside of football season, and truth be told, that’s probably some of the busiest times.

What are your goals or dreams for the future for this career?

To try and put myself in a position to be a head coach of a division one school, positively impact a lot of people, try and do things the right way, help kids get their degrees and an education, and win a lot of football games.

I guess just that everybody sees the glory that comes from when you win games and now a days it’s almost like a TMZ society with college football on blogs, message boards, and ESPN.com. There’s a lot of negative that’s always being written about college football coaches or college football players. But the truth of the matter is 98% of the time people that are in this profession are in it for the right reasons and 98% of the kids that are involved in college football are some of the best and brightest in the country. And I think sometimes the small percentages of people that are doing negative things get overblown where the majority of people are doing great things and are really trying to make a difference. That kind of gets underplayed a little bit. There are just some great people in this profession and there are some great great kids that play this game.