14
Hollywood Stuntman John Stewart was kind enough to visit with us about his career as a stuntman.  You can find more information about him at his site www.hollywoodstuntman.com

What did you do for a living?

I was a stuntman and a stunt coordinator.

How would you describe that job? 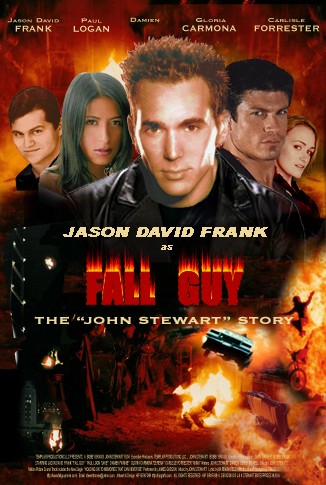 It is very physically and mentally demanding.  We are not daredevils either, we calculate and try to eliminate risk as much as possible.

What did your work entail?

What does a typical workweek look like as a professional stuntman?

It is never nine to five.  You are always in a different location, different country, and different city.  It is kind of like being a rock band on tour.  You never know what you are going to be doing.  One day you are going to work and you are doing fights, the next day you stand around doing nothing all day.  Sometimes it’s a lot of hurry up and wait.

I doubled for Matt Dylan on a film in Boston.  I did a few films there and then moved to LA.

What do you like about being a stunt man?

It wasn’t 9 to 5, you are doing something different all the time.  You get to travel a lot, and I get to be creative, especially when I’d get the scripts and there wouldn’t be stunts in the scripts yet.  So I would get to write and direct the stunts and actions scenes.

What did you dislike about it?

When a job ends it could be your last one.  For the most part a movie would last for a month or two and then you have to start looking for work again.  In general stunt guys are always looking for work.  It is not a career where a huge percentage make it either, it’s very difficult.  It is not how good you are, it is who you know.

How do you make money or how are you paid in this career?

How much money did you make as a stuntman?

How much do you make starting out in this career?

$600 dollars a day or so is your daily rate.  You can find the exact figures if you go to the screen actors guild for stunt performers, they have the day-to-day and weekly work rates.  Then you get a stunt adjustment on top of that if it is a dangerous stunt, which can be anywhere from $100 to $50,000 or $100,000 depending on the stunt.

What is most challenging about this career?

The most challenging thing about it is finding work.  Once you’ve you’ve found the work the next thing is to try and do something that hasn’t been done before and keep it fresh and new because the movie audiences now are really sophisticated.  It is not like the old days where you used to jump off a ten foot building and impress people.  Now it is twenty stories and on fire, and of course now they have a lot of computer CGI too(computer generated imagery).  A lot of stunts you see in movies today are not even real, it is faked.  When I was doing it in the 80s and 90s everything was real.  What you see is what they did, that is how a lot of people got hurt and killed.  Now it is a lot of  CGI in the bigger movies.  They are still using the stunt guys, but they are doing some of the stunts and they are making it look crazier with CGI.

What is most rewarding about this career?

I guess for me I broke some world records back in the 90s jumping high falls off multi-story buildings on fire.  So, setting records was rewarding. Also, it’s rewarding to see what you wrote into a script being in the final outcome of the film.

To be honest I would say walk away.  Find another job.  Try and follow your dreams of course, you should always do that, but the reality is very few people make it in this business.  I don’t even know the stats, but probably less than 3% will come out here to try to be a stuntman and actually make a living at it.  Like I said it is not how good you are, you could be the best stunt guy in the world and never work a day.  It is all about who you know and being connected.

But, you always want to follow your dreams to so I would say have a plan B in case it didn’t work out.

How much time off or vacation would you take with this type of job?

Well it depends.  If you are shooting in Hawaii then you are on vacation.

You don’t really get vacations in this industry.  You work when you work and you take time off when you take the time off.  It is not a 9 to 5 job where you work and then get a vacation.  A lot of the films you do on location so it is like being on vacation.

What is a common misconception people have about this job?

That stunt guys are superheroes and that we don’t bleed or break arms. It is all real and a lot of people get killed doing it.

What else would you like people to know about this career?

Take a good look at the names on the credits on some of the older movies on stunts.  A lot of those people are not around any more, and a lot of films are dedicated to some people that were killed.  People think it is all glamour and glory and truth of the reality is people get hurt all the time.  People end up in wheelchairs for the rest of their life.  Some people die.