2
Justin Norman gives a great JobShadow about career running his website www.shriekingtree.com.  You can find Justin there and on his Twitter feed in the sidebar of this interview. 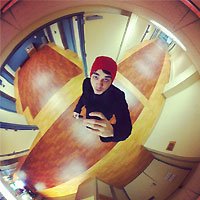 I run my own business called Shrieking Tree, which focuses on web site creation, print design, and film production.

It changes every day. A lot of the time I’m designing and writing code for web sites. Other days I’m creating posters or taking photos for book layouts. I’ve been doing a lot of film work lately, and that’s been very interesting because we generally have a small crew, which means I’ve learned how to do a lot of different jobs in that process — everything from writing and directing to editing and composing music. Sometimes I get to do a bit of acting and have found myself more than once covered in (and swallowing) buckets of fake blood. So, my work varies wildly from day to day.

For web work, it entails every step of the process, from discussing ideas with clients via email or phone, to pitching concepts for designs, to writing the actual code that makes up the finished site. For print projects, the process is similar, except sometimes I’m also running around taking photos. For film projects, it varies more. Depending on the project, I’m either the one in charge, pitching ideas and directing the process, or I’m working with existing ideas alongside a larger team, and adapting to whatever role they need me to fill.

There is no typical work week! One of the things I like best about my job is that it’s often incredibly varied. I enjoy creating web sites, but it can get a bit dull when I’ve been writing pages worth of code for hours and hours. Thankfully just around the time one type of work is becoming tedious, I’ll be off to another type of project for a change of pace. I enjoy the time I get to spend outdoors working with people (and cameras) the best.

When I was younger, I was homeschooled by my mom, who often encouraged me to teach myself the subjects she wasn’t very familiar with by reading the textbooks on my own. So I kind of developed a confidence from doing that which led me toward learning how to write code for web sites when I was 13. I really loved creative writing when I was younger (much as I do now), so I made a site to showcase all of my short stories. As I got older, I then took those skills and began using them on work projects with a friend of my mom’s. Eventually, I volunteered to revamp web sites for two of my favorite bands — Unwed Sailor and the Books — which led to my work being viewed by a larger audience. With the Books, I was very fortunate for a number of reasons. First, Nick Zammuto and Paul de Jong are two of the most creative people I’ve ever met, so their idea of what the site should be was really wild and open for collaborative input. I got to do a lot of fun animation for that project. Second, the Books were becoming very popular at that time, so a lot of eyes were on that site, and I was able to get a lot of jobs from that.

I love being able to work on a wide variety of creative projects. With the Books’ site, for example, I was able to work with Nick and Paul to create this really unique experience where visitors could jump around to several rooms in a virtual house and interact with objects in those rooms. Likewise, with film projects, I enjoy getting to create worlds where characters act much differently than they do in ours. I don’t want to spend 40 hours a week doing something I hate, so I try to integrate the things I love into my work. That way I can make money and have fun at the same time, and I can (hopefully) create something beautiful and entertaining for an audience — whether that’s on the web, or in a book, or in a video.

As with all jobs, there are times when it can be sort of a grind. You hit roadblocks or you make a mistake, and you have to figure out how to resolve those issues. Sometimes deadlines are incredibly tight and I have to work faster and for longer hours than I normally would. The disadvantage to this sort of work, unlike a 9-5 job, is that it’s more difficult to leave work behind (mentally) when your hours are over. Sometimes it’s tough to feel truly done for the day when you know you’ve got work problems that you could be trying to resolve.

I’m paid on a per-job basis. Prospective clients tell us about their projects, and then we’ll write them a pitch with a list of features, and a price. If they like the price and features combination, we’ll move forward with the project.

Well, I never went to college for any of the work that I do now, so I’d say most of it was teaching myself through experience and learning as I worked. I’m much better at talking to clients and running meetings than I was originally. And obviously, there are a lot of web sites that offer free lessons on how to write code. Having an eye for design helps — and not just design in general, but for what’s currently popular. So much of what makes “good design” is a matter of taste, but if you can keep an eye on what sort of designs are being praised at present, you can use those ideas to help you with your pitches. Nearly everything I currently do for work, I learned from the Internet or just from trial and error as I’ve hammered away on different projects.

It can be very difficult to juggle a bunch of projects at once. Probably the most challenging thing I run into is making decisions about which projects to take, and which ones to leave behind. I have to draw the line somewhere in order to not drown in projects, and sometimes it’s really difficult to say “no”.

It’s most rewarding when I feel like I’ve fully brought someone’s vision to life and surpassed their expectations. It’s really a wonderful thing to know that customers are fully satisfied — especially when my idea of what’s good for the project meshes with theirs.

Learn as much as you can from the massive amount of resources online. Invest in good, reliable equipment up front, and then just start creating things. Whether it’s for work or fun, in the beginning stages I can’t think of a better way to learn than by trying to create a bunch of stuff for show — whether that’s a web site, or a poster for a local event, or a short film. Get your hands dirty quickly, and put the abstract knowledge you’ve learned from tutorials to use.

Very little!  Haha. Because my business is pretty small, I kind of have to be ready for work at any time. But sometimes there are dry periods where a job gets finished early or something, and I get to relax a bit on those days.

People who aren’t familiar with the work often tend to think certain things are easier than they actually are. While this often happens in web projects, it happens far more frequently with film projects. I have a lot of short films online (about 20 at this point), and it’s amusing that some people think it’s a process of taking the camera out and just shooting whatever random stuff pops into our heads, and it’s done in a couple of hours. Of course, anyone who’s done that sort of work understands the detailed work involved in writing, scheduling actors and locations, capturing sound, shooting things from multiple angles, editing, and composing music. People will will assume something complicated can be done with little time and effort (and therefore cheaply), which can sometimes be frustrating.

I’d like to be able to produce more film projects, because each one involves a wide range of skills that really keeps my work nice and varied. Now that we’ve made several short films, people are starting to see the quality of the work and more jobs are coming in. I hope I get to continue pushing into that field, because it can be a lot of fun.

Beyond trying to construct something of high quality in every project I’ve handed, I’m particularly interested in projects that are done for important causes. I’ve worked on raising money for homeless teens through a book called “From a Growing Community, Iowa’s Homeless Youth”, helping kids learn about different cultures with the book, “Zakery’s Bridge”, and educating people about the horrible issue of modern-day torture through an organization called Witness Against Torture. I feel like art (and work) is at its best when it’s married to something deeply important.