Interview with a College Dean 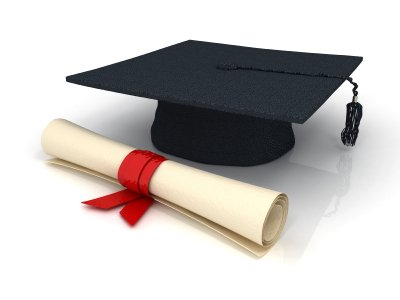 Business Dean and Professor of Business.

I basically manage the college.

It ranges considerably. I’m on the road a whole lot. I work a lot of nights, a lot of weekends. It’s definitely more than a full time job. It entails a blend of both internal and external activities. Internal to the college, internal to the university, and then external dealing with alums and friends of the college, donors to be specific.

There was a lot of serendipity to it. When I was an undergraduate, I never had any clue that I would get a Ph.D., much less, go down this particular trail. Careers have life cycles, and it was just when I came to various forks in the road that I took those particular forks and I ended up at this node, if you will. I think I was a fairly typical of undergraduate students at the time, and this goes back to the Vietnam War. After I got my undergraduate degree, I was a second lieutenant in the U.S. Army for a while in the Medical Service Corp. When I got out, I pursued a Master’s degree and that’s when I really began to think that this might be for me. Prior to my military service, I really hadn’t thought about that much. I wasn’t sure what I wanted to do. I was pretty young but I enjoyed the Master’s program and I had some professors that encouraged me to continue my education and then one thing led to another.

What do you like about being a college dean?

I like the variety. Like tomorrow for instance, I’ll have a meeting with all the Department Chairs in the morning and then immediately after that I’ll hop a plane to St. Louis where I’ll attend a meeting. Then I come back early the next morning and I’ll hop another plane to San Francisco and meet with the University’s San Francisco Alumni Society. So, you just never know. It’s a lot of fun.

I think it’s being in a large bureaucratic organization. It’s not like being an entrepreneur where you can make rapid decisions. They’re more hurdles to jump, so that tends to slow things down. The good news about it though is that it highly encourages involvement. There’s a lot of participation in decision making. That’s probably a good thing, but on the other hand, it does slow things down.

There’s a national market for Deans. When you come in from the outside the university as a new Dean, there’s a market and your salary depends on your record up to that point. It depends on the kind of school that you’re going to. Like is it a baccalaureate only university? Is it a Master’s, an undergraduate? Is it a Ph.D., a Master’s, and undergraduate? Where does it fit in the overall constellation of universities? Is it a public, is it a private? If it’s a public, is it a top 25 public? If it’s a private, is it an elite private? All of those things factor into the compensation package. So then, based upon where you personally fit and what type of university that is that you’re going to, and what discipline you’re in because Liberal Arts Deans tend not to make as much as Engineering Deans, Engineering Deans tend not to make as much as Medical School Deans. All of those things are thrown into the hopper and something spits out at the end.

How much money do you make as a college Dean?

In the range of $250,000 to $320,000 salary per year. And then if you are at Harvard, Stanford, University of Chicago, Northwestern, those kind of elite private, if you are at a school like that and you are the Dean in this particular discipline, probably you’re compensation is at least $400,000 for 12 months. And there’s all kinds of different packages out there. Does this person get a car allowance? Do they get a housing allowance? Do they get an entertainment allowance? Do they get a country club membership? Do they get all these kinds of things? And the reason that those things are included is that Deans in this discipline are boundary spanners, and they spend a considerable amount of time interacting with others. This particular college raised $44 million last year, that’s a lot of money. And that’s necessary for us to be successful. So, somebody’s got to be out there raising those dollars, so naturally you have to do a lot of entertaining and traveling.

There are two ways that it can be done. One is through a purely academic way where someone has an undergraduate degree, has a Master’s degree and has a Ph.D. in the appropriate discipline, and he or she also has a proven track record of performance over time. Typically, they have a record that merits full professor rank at the particular university, and that’s not easy to have a record that merits that at a university like this. I think the best candidates have a proven record of increased administrative responsibilities over time. So, you may have started out as an MBA Director, then you became a Department Chair, then you were Assistant Dean, then maybe you were Associate Dean and so forth to become Dean. On the other hand, sometimes you might have someone that becomes the Dean of a school that has a different track record of having nationally renowned business success. They may be a former CEO of a major company and it also just so happens that they have at least a Master’s degree, maybe even a Ph.D. But, they haven’t been in academia, they haven’t been teaching and researching and all of that. They have been following their career. Sometimes, those people become Deans.

What is most challenging about being a college dean?

I would say that the most difficult aspect is escalating and ever changing expectations of multiple stakeholders over time. You have students, faculty, staff, you have alums, you have senior administrators, you have competitors, you have donors, you have employers, and so they expect more and more. And what they expect may not be a particular segment of that stakeholder. Their set of expectations may not be consistent with what another group has. And so you can’t both jump and sit still at the same time. You can’t please everybody at the same time. That’s probably the most difficult part.

When you feel that you’ve made a difference. Particularly if you’ve hired a good faculty member that you feel that would make a difference for the college, or you promote someone that’s outstanding, or you started a new program that seems to work. Things like that are fun.

I would say that it would be unlikely that someone would consider being a Dean, at least as an undergraduate. I think it’s something that just has more of an evolutionary process. If someone becomes a professor first, and then he or she gets tenure second, then if someone wants to cross over to the dark side of administration, maybe they would consider it.

Deans are, for the most part, considered 12-month employees. This is a regular person job, this isn’t like a university job, you don’t get semester breaks. You might get a couple of days off for Christmas or Thanksgiving, things of that nature. But except for those few circumstances and designated state holidays you just get vacation time. I have a lot of time built up that I haven’t taken and I’m sure I’ll never take it.

I hope that this particular college continues on its very positive trajectory. It’s made great strides. So, I hope that we can keep that momentum going, and I hope that we can do some new things as well. We’re starting a program in China in January and and we’re excited about that. And we started a new undergraduate program that provides undergraduates with a series of activities that we think will broaden their education beyond the classroom and it will help them in their retention. We hope that will lead them to stay here longer and to succeed.